Heyooooo wasssup welcome to Legowelt.org running in a dusty corner of cyberspace since forever - OUT NOW --------->>>>> PANCAKES WITH MIST the brand new Legowelt album check it out below!!! ************* Coming next month a brand new Shadow Wolf Cyberzine - Issue #9 which will also be released in a paper version and will come with a Shadow Wolf Cover tape compilation featuring various artists such as Acidic Male - Baglover - Huren - solitudefx - Franziska Lantz - Ron Morelli - Dim Garden - R - Commandibg the Beast - Chupacabras - Computerdisco and many other artists - more info about this soon ******************* Sending love & nrg to you alllllll laterzzzzzzzzzzzz ******************************

We are superproud to present a fresh new all pro videoclip directed and made by Koen van Sommeren Greve for my Pancakes with Mist song, taken from the album with the same name you can get here on bandcamp.  Check it out and don’t forget to like or comment and spread the word 🙂 Double vinyl version of the album is in production and will be in the shops in a few months weeks however long that takes these days. Anyways check out the video on youtube and bandcamp video 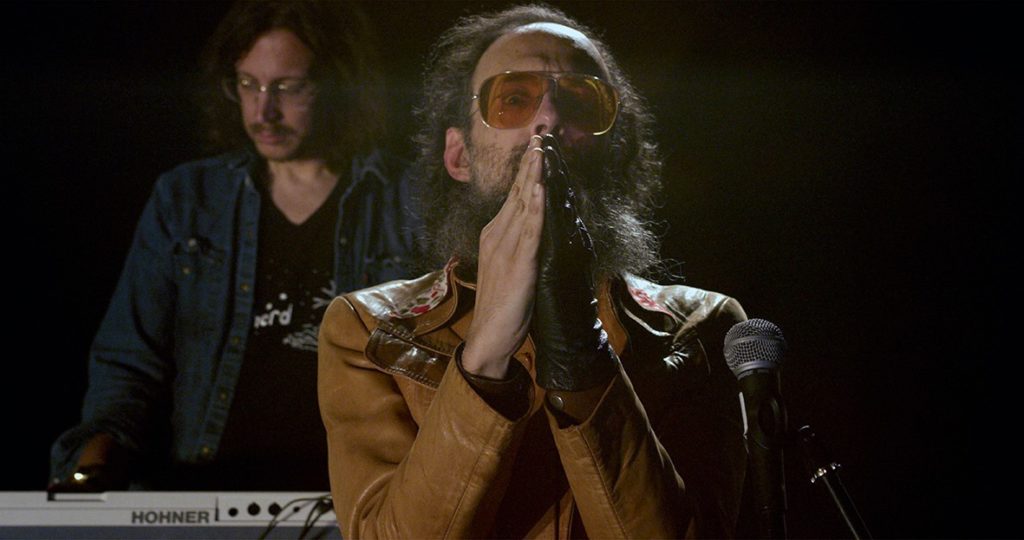 I did the soundtrack for this Dutch movie called ‘The Second Audition’ directed by the Iranian Dutch director Pouya Gourabi. Its very arthouse and you probably need an IQ of 200 to make head or tail of it. If you are in the USA you can watch it on Amazon here the rest of the world has to wait a bit or maybe you can download it on TORRENTZZZZZZZ

The synopsis goes something like this: After a failed audition for a theatre play an actor is offered a mysterious job in which he has to tail a woman from a well to do family.

I also play a very little role in it! Performing a scene with my Hohner KS49 keyboard (Which is a German version of the CASIO HT700) in some kind of ‘theatre grottesco’  with Guy Schmerzlabor doing some weird stuff. More info about that keyboard and sound snippets here

Here is a trailer of the movie:

Out now  Legowelt Pancakes with Mist 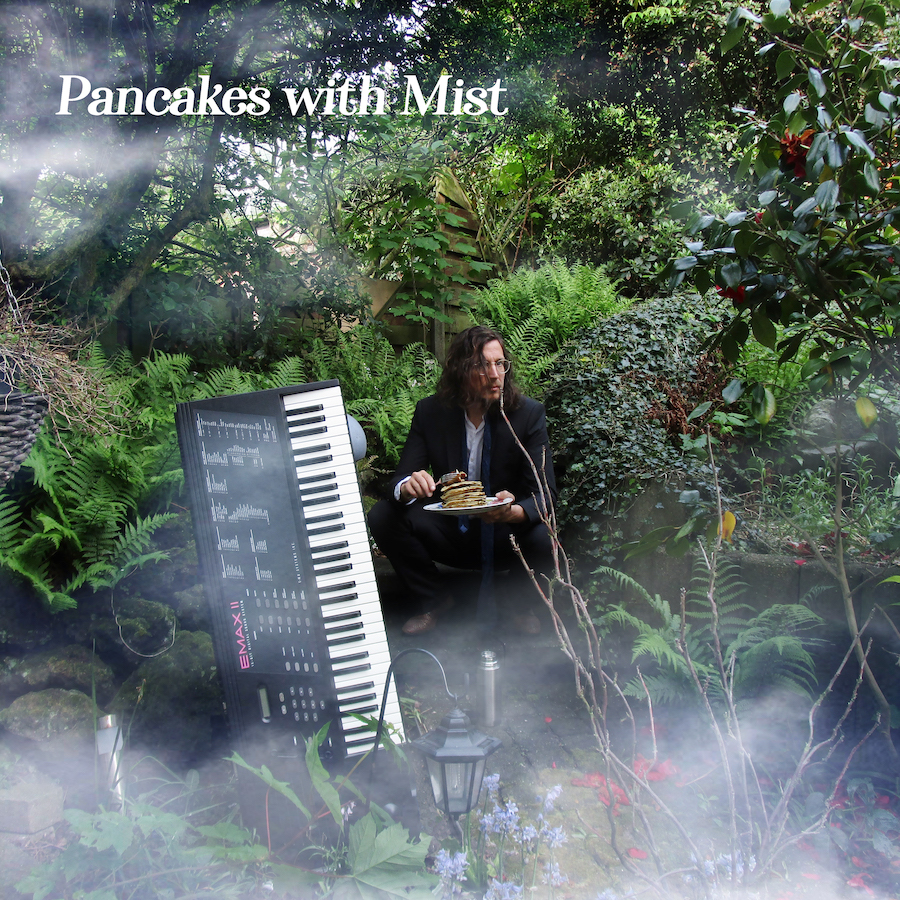 The brand new Legowelt album on Nightwind Records NW025 get it here at bandcamp!

Here is a little infomercial with snippets of the album and me walking around pointing at stuff in the rain: 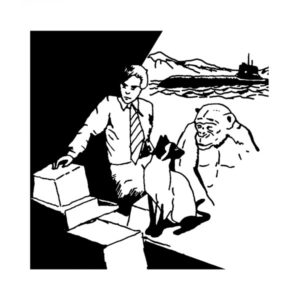 My 2008 Sammy Osmo – ‘Schaduw Horizon’  album is going to be reissued by the London Utter records, coming out in a fancy 2xLP package with lots of extras such as inserts, sticker and a foldable chess set!

Originally released in 2008 on the Strange Life label on a CDR this ice cold Yamaha DX7IID drenched spywave album was very much influenced by real locations in the vicinity of the The Hague dune studio where this was recorded.

The album has been remastered then transferred and cut by Helmut Erler at D&M. It is housed in a deluxe gatefold sleeve that opens to reveal detailed stories behind each track, while the entire back cover is a life-size chess board for any budding Alberts wishing to play a game. A special ‘confidential documents’ envelope completes the package and contains a map of the abandoned zoo, a top secret letter including coordinates of the locations featured in the story, DX7 schematics, foldable chess pieces and a ‘Schaduw Horizon’ sticker.

Pre-order your copy here on the UTTER bandcamp, or the Phonica recordstore, it should be out somewhere in August! Its also available digitally on my Legowelt bandcamp here for free/pay what you want in the meanwhile…

Here is the video from the Legowelt gig for the Intergalactic FM streaming festival from a few weeks ago! One hour of The Hague electronix freestyle italo scumtechno from the Northsea Institute for the Overmind with lots of Amiga stylooo Dpaint GFX and some of my animations keyed over it. Some of the gear for the trainspotterzzzzzz -> Polyend Tracker prototype – Novation AFX Basstation – EMU EMAX II – lots of modular stuff from Error Instruments &  Das Ding’s HSTA brands, Sequential Circuits Pro One, Roland KIWI 106 and lots more.

Time to expand or start your art collection! I am selling some paintings that were used in the Secrets After Dreams animationvideoclip from earlier this year. The paintings ared 24 by 32 centimeters and come in a high quality cherrymarble wood colored frame, I guess I can make some giclée art prints too if someone wants them…more info in the gallery section! 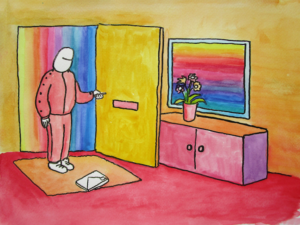 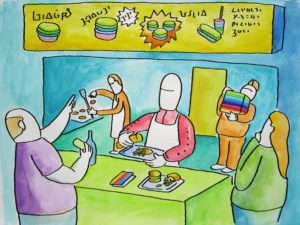 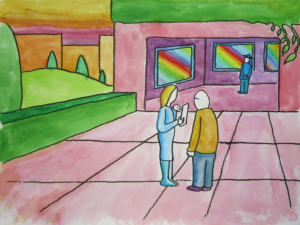 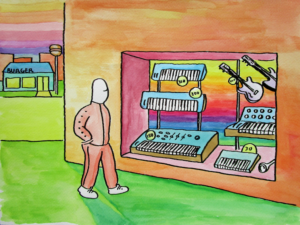 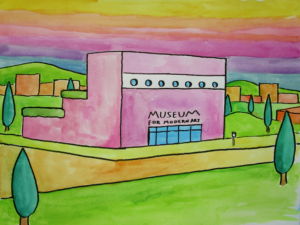 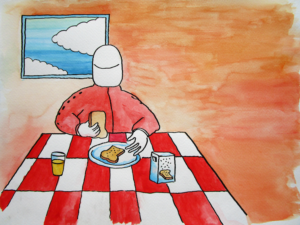 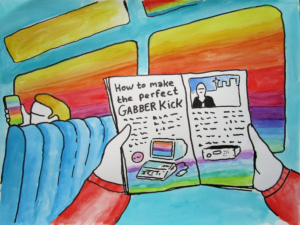 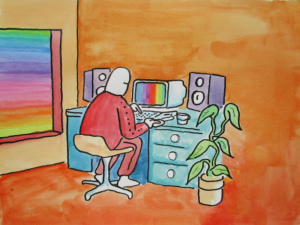 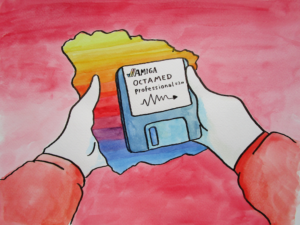 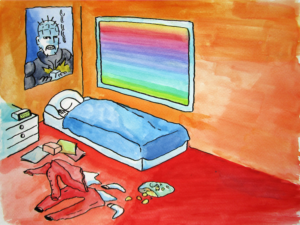 Intergalactic FM streaming festival 2020 is on! 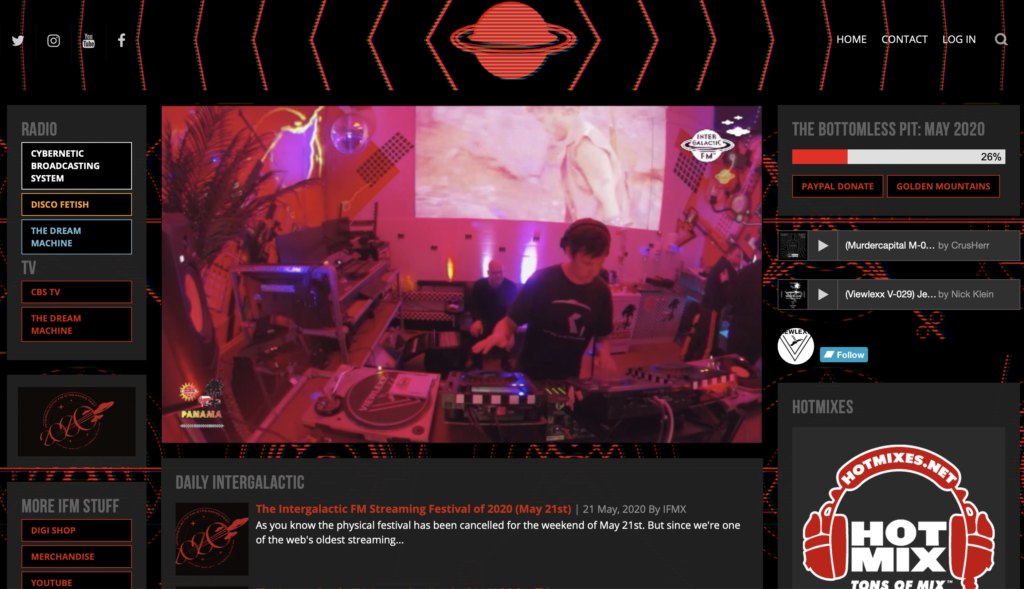 This whole weekend more then 75 artists are streaming at the INTERGALACTIC.FM online festival. Tune in here -> www.intergalactic.fm

As with the real festival the line up is rag-tag and there is occasionaly a scrolling bar in the video which sais who is going to play in the next few hours.

I do a liveset too with lots of psychedelic computer GFX genlocked over the video, when it is aired I dunno -> keep watching the INTERGALACTIC.FM streaming fest and you will see 🙂

“As you know the physical festival has been cancelled for the weekend of May 21st. But since we’re one of the web’s oldest streaming organizations we came up with an alternative and asked everybody who was supposed to come (and more) to record a special performance for this alternative festival.

The response has been insane and we expect at least 75+ hours of special content from electronic rockers from all over the galaxy!

The line-up is truly a dream come true and you can keep track of it via this site: https://www.intergalactic.fm/ifmfestvisitors2020/

The event will be exclusively broadcasted via 2 channels: CBSTV and Dream Machine TV @ www.Intergalactic.fm.

The event is starting Thursday May 21st at 1600 Central Intergalactic Time (CIT) and nobody knows when it will end since we’ll keep stuff running giving everybody a chance to tune in at some point. (And if the whole shizzkebap falls apart we’ll rebuild it again :)”

So get some snacks, sparkling water, booze, roll a few up or whatever and exprience the IFM festival in your own dwellings! 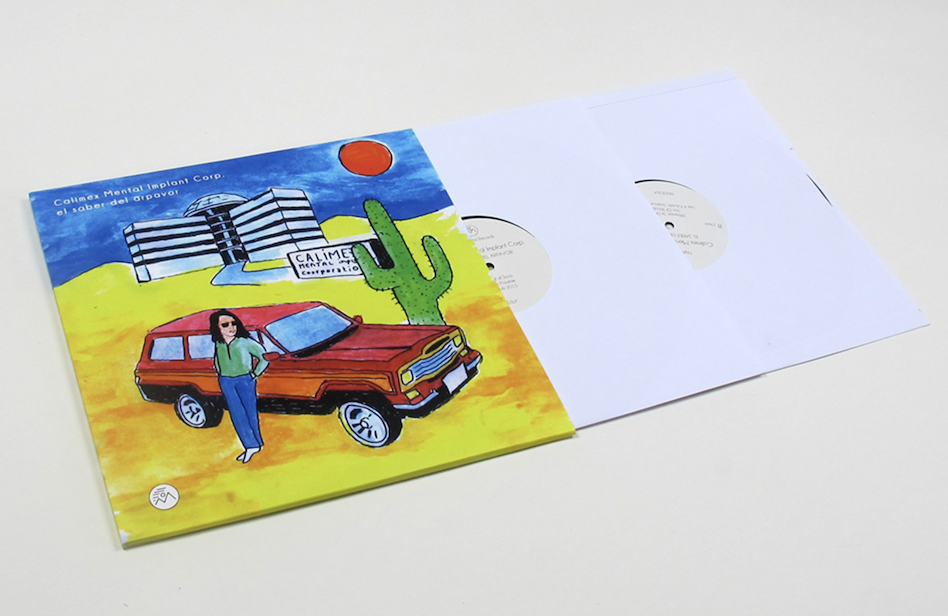 The 2015 Calimex Mental Implant Corporation 2xLP on Nightwind Records is back in the stock in some shops if you don’t have a copy yet go check it out!

From the Bleep.com website:
“an album of bonkers electro rooted house and techno on his Nightwind Records imprint. El Saber Del Arpavor is a particularly melodic listen, containing warm house music, boogie-funk electro, and downtempo instrumental balladry. Each track carries the distinctive analogue synthesizer sound that has become Wolfers’ sonic trademark, and shows that there’s no sign of him slowing down any time soon. Basically this is prime time Legowelt action, deep swinging electro and hip-hop styles with a psychedelic edge that can only come from one D. Wolfers”

The release is also on bandcamp for pay what you want here!

get the vinyl at the following shops:

and probably some other stores around the world too…

Listen to the tracks here:

Its available on bandcamp for free/pay what you want. Think of the more experimental non guitar stuff from Current93 mixed with Kenny G mingled up with Luciano Berio sauced with Amateur Space Jazz and lots of sinister old instruments like the hurdy gurdy and harmonium.

FOLK TRIUMFATOR is the second album by Zandvoort & Uilenbal, a ‘paramusical academic’ project of medieval musician Jimi Hellinga and Danny Wolfers. As Zandvoort & Uilenbal they appropriate historical instruments such as a 19th century Victorian harmonium, a medieval hurdy gurdy, an electro acoustic thumb harp and an mid 20th century German Mixtur Trautonium. These are cross bred with the usual arsenal of contemporary electronic instruments and seasoned with some sinister poetry in their North Sea coast temple of sensory sonic delights.

We can write how conceptual and arty this all is but let’s just say this is hardcore dark ambient with lots of medieval drone space jazz influences to trip your mind out into a region where time and your opinions cease to exist.

A bit more about some of the instruments used: 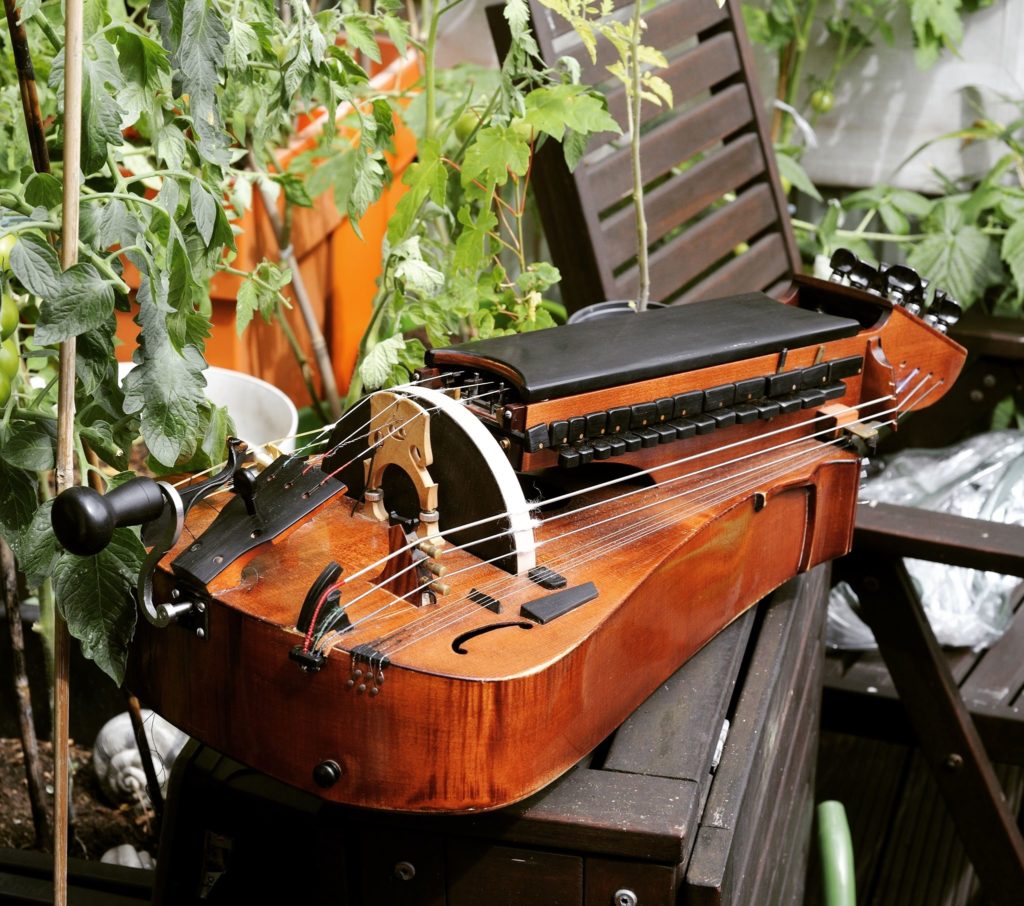 The mighty medieval hurdy gurdy is a curious, and for its time, highly technologically advanced instrument in which sound is produced by a rotating wheel’bow’ that strikes strings while a little Keyboard that pushes wedges is used to play the melodies. Special dedicated strings can be set to play a continuous drone that can accompany the melody. You can hear Jimi Hellinga playing his hurdy gurdy on tracks like “Safe Sailing for the Galleon Caladrius” and “Folk Triumfator” 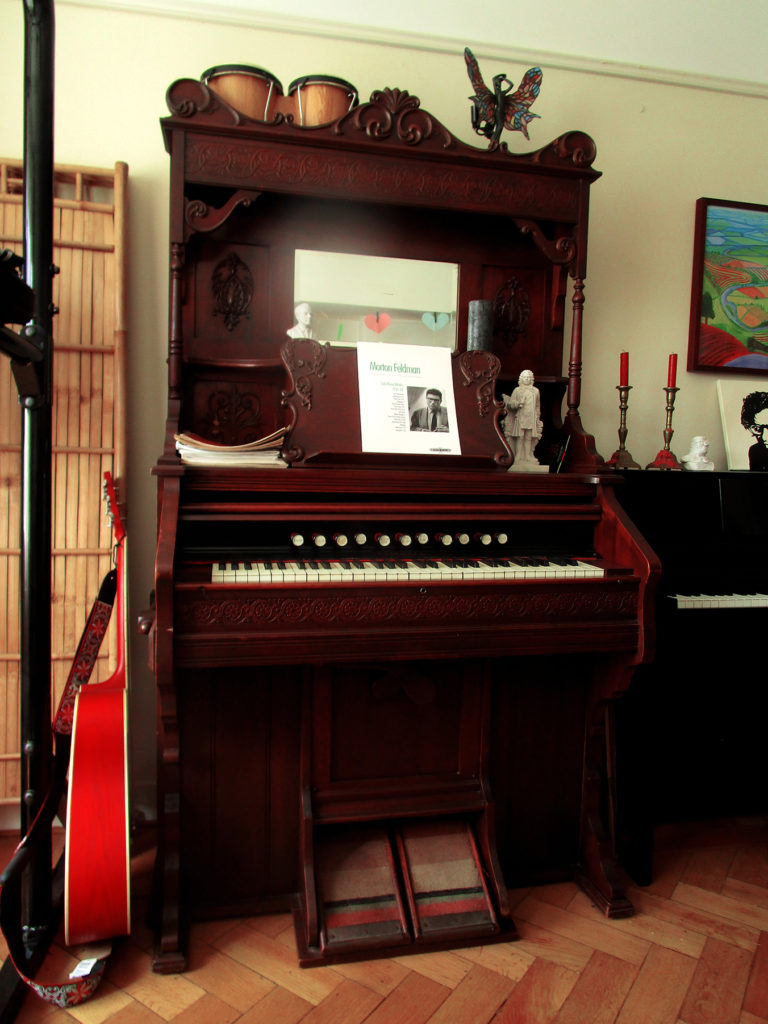 The late 19th century Kimbal parlor organ/harmonium was already used intensively on the first Zandvoort & Uilenbal album (the 2015 “Geruis Uit Somberdorp”). With its grotesque wooden carvings and ornaments it is still a pièce de resistance in the studio. This colossal instrument produces creaking haunting drones that have become the signature sound for the Zandvoort & uilenbal project. 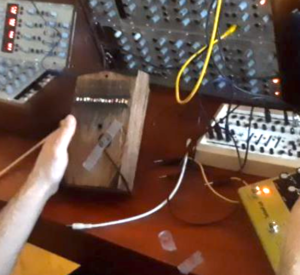 An electro acoustic mbria / kalimba – an electrified thumb harp using a contact microphone going directly into a tape echo and spring reverb -instantly brings forth endless rusty metallic sounds of chaos like a dark Ligottian music box. It can be heard on ‘Always a Nice Story Before Bedtime’ among other songs. 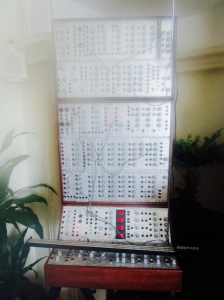 The mixtur trautonium, just like the parlor organ, is also revived from the preceding album. This strange early electronic instrument originally invented in 1929 by Friedrich Trautwein at the Berlin Musikhocheschule music and radio lab provides spookily electro acoustic sounds that can be played in an intense expressive manner with a special touch controller. The one we use is based around a Doepfer modular that emulates more or less the classic Mixtur Trautonium build by Oskar Sala in the 1950s. 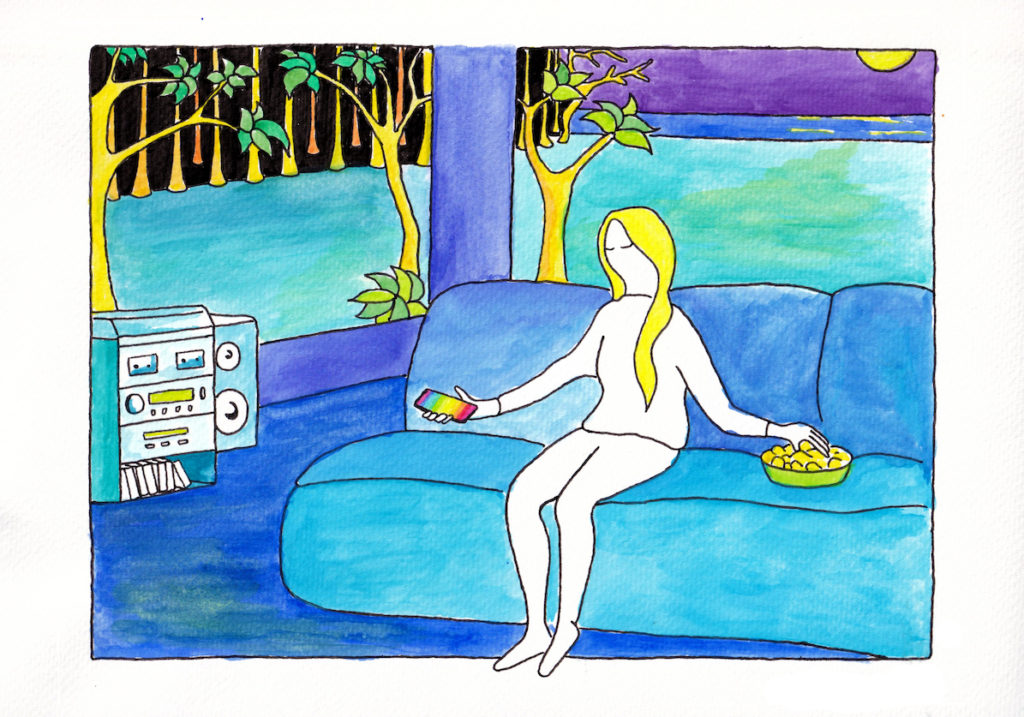 a 100+ minute hardcore AMBIENT SPACE DJ mix to drowse into dreamland with, trip your consciousness into a cozy custard of exaltation, make your fitness yogo meditation stretching substantial,  uplift menial work tasks into a more pleasant adventurous experience, transform your living quarters into a temple of transcendence, soundtracking your solo wanderings or whatever.

Mostly stuff from the North Sea Institue for the Overmind made recently and a few tracks from other artists such as O Yuki Conjugate, Kali Malone, Corrupted Belly Buster, Eliane Radigue,  Dim Garden etc.

The painting is also called ‘Ambient Trip Commander’ I will make some prints of it soon and you can probably buy the original too with frame etc..